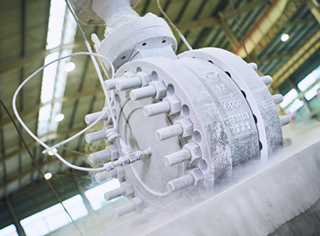 Exhibition cycle: once a year

Brief introduction of the exhibition:

The 24th Iranian International Oil and Gas, Refining and Petrochemical Exhibition in 2019 was sponsored by the Iranian Ministry of Petroleum. Since its inception in 1995, it has been expanding in scale. It has now developed into an influential oil, gas and petrochemical equipment exhibition in Iran and the Middle East. The exhibition scale is very large. It is divided into five international exhibition halls and 19 local enterprise exhibition halls. It was called on May 6-9, 2014. The 19th Iranian Oil Fair was held.

In the context of lifting international sanctions, the scale of exhibitors at the fair has increased dramatically. A spokesman for Iran's Ministry of Oil said 600 foreign companies attended the oil and gas fair, twice as many as 195 in 2013. Not only are Chinese companies enthusiastically participating, but Western companies are also much more involved than last year, the spokesman said. In addition, there are 1200 enterprises in Iran.

Iran is rich in oil and gas resources. The proven oil reserves are 12.2 billion tons, accounting for 1/9 of the world's reserves, ranking fourth in the world; the proven natural gas reserves are 26 trillion cubic meters, accounting for about 16% of the world's total reserves, second only to Russia, ranking second in the world. Its oil industry is quite developed, and it is the pillar industry of Iran. Large Oil and Gas Projects in Iran

The large-scale construction and the maintenance and regular updating of the production equipment being used create an excellent opportunity for China's petroleum, natural gas and petrochemical equipment manufacturers to export to the Iranian market. The senior personages in the domestic petroleum industry point out that the level and technology of China's petroleum equipment adapt to the Iranian market, enter the Iranian market and steadily expand the market share. The exhibition gathered a large number of international excellent equipment suppliers and attracted professional buyers from various oil producing countries.

Iran is rich in oil and gas resources, with proven crude oil reserves ranking fourth in the world and natural gas reserves ranking second in the world. Since November last year, Iran's oil exports have doubled and are now stable at 1.2 million barrels a day. Iran is the fourth largest oil exporter in the world. After Western companies withdrew from Iran due to sanctions, Chinese companies entered the country and filled the vacancy of foreign investment. Now China has become one of Iran's major trading partners.